About Whisperun… how it all began. 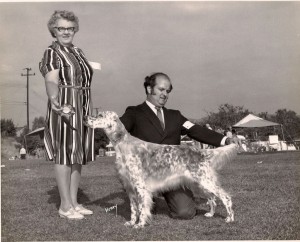 In 1970, I was taking Hunt Seat lessons from a young woman named Sherry Templin who had been the top Huntseat Equitation rider in the state of Arizona for three years running. Sherry had also been the number one Stock Seat Equitation rider in Arizona for the previous seven years. She had warned me to stay clear of Mrs. Frederica Lewis Page, who was the owner of the barn, arena and property where her father trained and they lived. I tried to comply with that admonition, but one day as I was riding back to the barn from the arena, I had to pass Freddy Page’s home. There she was getting out of her full sized Chevrolet Station wagon, and she was holding these unbelievably gorgeous dogs. They were whippets. I was just mesmorized when I saw those elegant animals. They were so profoundly beautiful, with lovely and unique lines. At that moment, I threw the admonition to stay clear of her right out the window. I rode over, and introduced myself, as I had to get a closer look at those gorgeous dogs. We became friends from that moment, and on until she died, a nearly forty year friendship. Mrs. Page, as I called her, was my mentor in whippets. Her kennel name was “FARVEL”, which is french for farewell. Mrs. Page, had owned over forty breeds of dogs through her lifetime and when she discovered whippets, she knew it would be her last breed. She used to say to me that “Whippets are the best kept secret.” I believed that saying wholeheartedly. Through the years, Mrs. Page taught me the intricacies of showing dogs, breeder secrets, and many other things. I lived on her property two summers, and stayed and cared for her animals when she was away on AKC judging assignments. Her affect on my life was profound, and continues to this day. Hardly a day passes that she is not on my mind.

The following poem exemplifies how I strive to live my life. Originally written by Kent M. Keith and published in 1968 in his booklet for student leaders titled The Silent Revolution: Dynamic Leadership in the Student Council. The original title was “The Paradoxical Commandments.” Over time, as these were shared among people, the wording was varied, but the version that Mother Teresa displayed on the wall at her Children’s home in Calcutta, was entitled “Anyway” 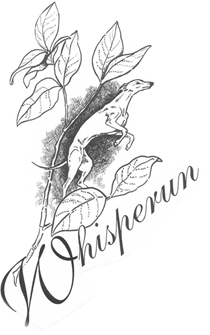 About PETA and HSUS

WE THE PEOPLE FOR PETS USA Educate yourself..HSUS, PETA and others are AGAINST all animal ownership. We Americans that own animals, or raise animals, birds, cats, rabbits, horses, cattle and many others should UNITE to fight the loss of our freedom to own these creatures that God gave us authority over. The Animal Rights activists shroud their real intent as a venue to end puppy mills, keep animals from cruelty, while in essence they are out to destroy small and hobby breeders. If the laws they spend millions to lobby for, are acutally passed, the small breeders will be squeezed out by regulations that are impossible to comply with in a home situation. The only ones left that will be able to comply will be the large commercial operations......ie: puppymills.

Sorry for the inconvenience, but due to Animal Rights driven USDA ruling, we can no longer sell a puppy or dog unless the purchaser sees that animal in person. Shipping an animal sight, unseen will categorize our hobby/show kennel as a full blown commercial breeding facility. This is not something that we are, nor is it something we want to become. Our puppies are raised in our home, and are always in my bedroom until they are about 3.5 weeks of age. After that, they go to the puppy/grooming room which is across the hall from my bedroom. A USDA licensed, commercial facility must be open for inspection 24 hours a day, and prior notice or the courtesy of an appointment is not needed. If you should happen to be at a dog show, or just away from home shopping when "THEY" decide to inspect, then you will be fined a large sum of money and found to be incompliant. I am not comfortable with a government employee entering my home, and/or bedroom at any given time. As a breeder of quality animals, I am certainly open for visitors to come and see the puppies and spend time visiting the whippets. I regret that this Ruling has come about and is being promoted to John Q public as something to curb, or put puppy mills out of business. The reality of this ruling, is that it intends to put ALL BREEDERS out of business, and put breeding into the hands of commercial facilities that may be immaculate and clean, but as a rule, they do not have the knowledge, nor do they care to acquire the necessary knowledge to breed sound, typey, and healthy animals. This reminds me of the gas wars that happened in the early 70s. The intent was to destroy the "little guys", and therefore the sale of gasoline would be controlled solely by large entities, thereby destroying the benefit of good ole American competition, and the price of gasoline is surely a reflection of just that. *****WE are often able to meet a purchaser with a puppy as we do attend dog shows in various locals. Additionally, we will meet a buyer at the airport with a puppy, or dog to facilitate the needs of the buyer.